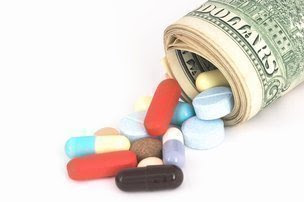 Medicare fraud costs are coming down in New York as the federal government continues a crackdown against fraudulent filings.
And now the feds are asking Medicare recipients to pitch in and help cut fraud, waste and abuse even more.
Last week the Centers for Medicare & Medicaid Services (CMS) announced a redesigned statement for claims for services and benefits. The Medicare summary notices are designed to help seniors and people with disabilities better understand information on the services they receive.
According to CMS, the redesign and other tools developed under the Affordable Care Act have helped double the number of suspect providers and suppliers thrown out of the Medicare program.
Over the last four years, the feds have recovered over $14.9 billion in healthcare fraud judgments, settlements and administrative impositions, including record recoveries in 2011 and 2012. And since 2011, CMS has booted 14,663 providers and suppliers from the Medicare program, including individuals with felony convictions, companies not operational at the address CMS had on file, or who were not in compliance with CMS rules.
New York was among six states with more than 600 revocations in the past two years, with 790 providers and suppliers who had their Medicare billing rights revoked. The state is among 35 states that saw revocations at least double; while 18 states saw revocations at least quadruple.
Officials say the redesigned Medicare summary notice, which will be sent out on a quarterly basis, will make it easier for people with Medicare to understand their benefits, file an appeal if a claim is denied, and spot claims for services they never received.
“A beneficiary’s best defense against fraud is to check their Medicare Summary Notices for accuracy and to diligently protect their health information for privacy,” said Peter Budetti, CMS deputy administrator for program integrity. “Most Medicare providers are honest and work hard to provide services to beneficiaries. Unfortunately, there are some people trying to exploit the Medicare system.”
In April, CMS announced a proposed rule to increase the total pot to $9.9 million to reward Medicare beneficiaries and others who tip off authorities to fraud, leading to the successful recovery of funds.


http://www.bizjournals.com/buffalo/news/2013/06/11/feds-increase-medicare-fraud-crackdown.html?page=all
Posted by MRA Alerts and Updates at 9:31 AM