Uninsured patients are charged two to three times more for the same procedure at area hospitals
By:
Courtney Sherwood

July 15, 2013 -- Sick Oregonians without health insurance regularly receive bills for two to three times what Medicare or private insurers are willing to pay to cover treatment, newly released medical billing data appears to indicate.
The data, from the Centers for Medicare & Medicaid Services, shows how much hospitals are paid for treating Medicare patients. The release includes average payments made for 99 medical conditions treated at 32 Oregon hospitals in 2011.
With an estimated 40 percent to 50 percent of health care charges originating at hospitals, the data is feeding a debate about U.S. medical costs – and fueling outrage about wide payment variations across hospitals.
“Billing procedures for American hospitals hold about as much logic and fiscal accountability as a lemonade stand,” said Patrick Riley, a senior industry analyst with market research firm Frost & Sullivan. Riley said the new financial data will provide a key role in showing just what health care costs – something that has been difficult, if not impossible, to dig up until now.
The data release shines a light on just how complicated medical billing is, as well. Medicare has shown how much hospitals bill for treatment, but those bills don’t determine how much each hospital is paid. Instead, Medicare uses a formula to determine how much hospitals are paid, based on condition, location of the hospital, and status of the hospital. Patients covered by Medicare or other forms of health insurance almost never pay the billed amount.
For example, hospitals across Oregon charged an average of $17,915 per patient with chronic obstructive pulmonary disease (or COPD), but when treating Medicare patients they were only paid $6,952. In some cases, the difference between hospitals’ official price tag and what they receive from Medicare is substantial:
There’s also huge variation in the official price tag that hospitals affix to procedures. Providence Newburg billed an average of $9,933 to each of 13 kidney failure patients, while Legacy Mount Hood Medical Center billed an average of $24,409 to each of 20 patients treated for the same condition there. (Despite the wide variation in billed amount, the two hospitals collected fairly similar payments after treating Medicare patients – for treating kidney failure in Medicare patients, Providence Newberg was paid $5,987 on average and Legacy Mount Hood was paid $6,864 on average.)
Though Medicare’s data release demonstrates that the government pays far less than the official price tag for providing medical care, people without health insurance are billed the full amount.
Hospital officials point out that uninsured patients typically get an automatic discount. Oregon hospitals then typically offer a no-insurance discount. Bay Area Hospital knocks 25 percent off the bill, for example, and Legacy’s hospitals offer a 35 percent bill reduction for the uninsured. People with low incomes may be eligible for even deeper discounts if they qualify for charity care.
And even with discounts, the uninsured often receive bills for more than Medicare would pay.
Sky Lakes Medical Center billed an average of $17,776 to treat kidney and urinary tract infections. After applying the 15 percent discount that Sky Lakes offers uninsured patients, someone without health coverage could expect a bill for $15,109. Yet Sky Lakes collected just $5,949 per Medicare patient with the same diagnosis.
“Hospitals, in essence, charge the least capable of paying the most,” said Riley, the healthcare analyst.
The gap between what hospitals bill the uninsured, and what they’re paid for treating Medicare patients, is clear across numerous conditions.
For example, after treating kidney failure:
(Click here for complete kidney failure cost information.)
OHSU paid more than other hospitals
A Lund Report review of the Medicare data release found that OHSU was paid considerably more than average when treating 94 percent of reviewed health conditions.
When patients enter OHSU with kidney failure with complications, the total cost is likely to average $10,335 – more than at any other hospital in Oregon. The same condition cost an average of $5,987 to treat at Providence Newberg Medical Center. Treating heart failure with multiple complications averages $15,012 at OHSU – compared to $9,006 at McKenzie-Willamette Medical Center.
Government officials have warned that the Medicare data is far from comprehensive, and that wide variation in payments to hospitals may be justified. Some patients are sicker than others, for example.
One hospital can also receive more than others because of Medicare’s own rules, according to OHSU officials.
Base payments are the same for all hospitals in the Portland metro area, said OHSU Hospital Chief Financial Officer Diana Gernhart. But Medicare pays OHSU extra because it serves more low-income patients than is typical across the state – a condition that bumps payments to a number of hospitals in the state. Medicare then pays still more to OHSU because it is a teaching hospital.
http://www.thelundreport.org/resource/ohsu_receives_higher_medicare_payments_than_other_oregon_hospitals

Posted by MRA Alerts and Updates at 4:27 AM No comments: 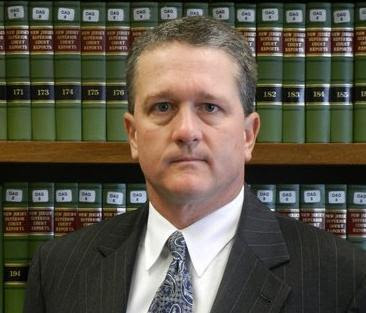 Acting Attorney General John Hoffman announced that the owner of Cranford home health aide provider was charged with fraudulent billing Medciad for services that were never rendered.The Star-Ledger
CRANFORD — State authorities today charged the owner of a township-based company that provides home health care aides with submitting bills to Medicaid for services that were never rendered over a period of more than two years.
Laurie Provost, 53, of Sea Girt, owner of Home Care Solutions, was charged with seven counts of second-degree health care claims fraud and one count of third-degree Medicaid fraud, Acting Attorney General John Hoffman said in a statement.
State officials allege Provost submitted multiple requests for payment for services that were not provided, including bills for services to Medicaid beneficiaries while they were hospitalized or on vacation, Hoffman said.
He said Provost's company sends health care aides to serve Medicaid patients in their homes.
The charges cover bills filed from 2011 through this year, Hoffman said.
Today investigators from the state Office of the Fraud Insurance Prosecutor executed search warrants at the company's Commerce Drive office, as well as Provost's home and her 2009 Porsche Ceyanne, authorities said.
"Defrauding the Medicaid program is a very serious crime that puts an unfair burden on honest taxpayers and takes money out of a system meant to help those who are most vulnerable,” Hoffman said.
Acting Insurance Fraud Prosecutor Ronald Chillemi credited the state comptroller's office with first referring the matter for investigation.
A call to the Provost's company office was not immediately returned.

Posted by MRA Alerts and Updates at 4:18 AM No comments: