Are your patients fluent in the language of their disease?

What are you doing to empower your patients into healthier behaviors? What tools have you giving them to support the journey to wellness?

Traditionally, physicians have used their power of their influence or the strength of their relationship to encourage healthier habits in patients.

Today’s delivery system is changing and evolving rapidly. New models of care that focus on the whole patient while integrating the entire system have greatly improved both the experience and outcome for stakeholders. This progress is incredible, but what more can we do?

CVS released recently a study that found 70% of patients don’t understand written medical instructions. How are you educating your patients on the disease and treatment? How much information is made available? How do you know if your patient read the material, and if they did – how much did they understand?

What if we could engage our patients with more than just data? Consider the value of teaching patients how to manage their chronic condition through fun and interactive games? Could games that teach and monitor their transition prevent re-admissions in high risk patients?

Yes, we can game our way to better health – one population at a time!! 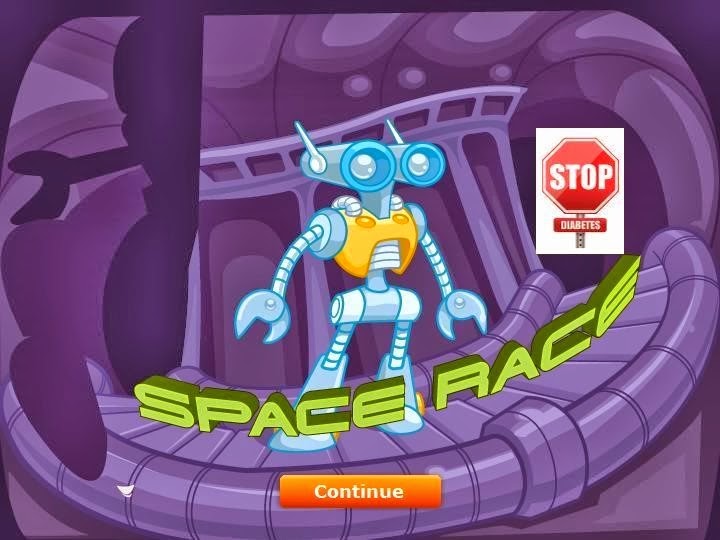 OR JUST CREATE A FREE ACCOUNT AND PLAY THEM ALL!!!


Posted by MRA Alerts and Updates at 11:30 AM No comments:

PCMH Model is Alive and Well Despite One Negative Study

The majority of those studies found overall cost reductions and decreases in ER visits, and 40 percent reported fewer hospital admissions. Smaller percentages of the studies reported improvements in other vital areas, including improved population health or increased use of preventive services (30 percent), improvements in access to care (25 percent), patient satisfaction (20 percent), and hospital readmissions (15 percent).
Although that report reinforced the concept of the PCMH as the future model of primary care and provided a five-year summary of evidence supporting the model(www.pcpcc.org), it didn't generate much media attention. Good news rarely does.
Fast forward one month. The Journal of the American Medical Association (JAMA) released one PCMH study(jama.jamanetwork.com) in late February that found "limited improvements in quality" and no association with reductions in use of hospital, ER or ambulatory care services or total costs. Based on that one study, reports in some daily newspapers and on medical news websites declared the PCMH a failure. If the PCMH could be likened to a horse, it would be fair to say that some particularly critical bloggers were ready to take it out back and shoot it.
Well, put your shovels away. There will be no burial today.
The PCMH is a work in progress. The AAFP has been developing the model for 10 years, a result of the original Future of Family Medicine project. Despite the findings of this one study, we still think the PCMH is a vital part of our specialty's future. The Academy and others will continue to study and refine it.
Mark Friedberg, M.D., the corresponding author of the JAMA article, said in an interview with AAFP News that physicians should not "attach too much importance to any study" and that more research on the PCMH is needed.
It's worth noting that the Pennsylvania Chronic Care Initiative, the program studied in the JAMA article, launched in 2008 under PCMH standards that were updated by the National Committee for Quality Assurance (NCQA) three years later. NCQA plans to update its standards again(www.ncqa.org) this month. Again, it's a work in progress. We know more now than we did in 2008 about what works, what's required and how to implement it.
The JAMA study has other limitations, too.
The Pennsylvania practices involved in the study were given incentives to earn PCMH recognition but no incentives to reduce costs. The project also failed to target chronically ill patients. With no incentive to control costs and no priority to help improve the health of the system's biggest users of care, should it be a surprise that costs did not decline?
Becoming recognized as a PCMH does not magically improve care and reduce costs. There is more to it than marking off the boxes on a checklist. For example, improving access to care is an element of the PCMH, but practices in the study didn't offer evening hours or weekend care because that step isn't required to earn PCMH recognition. But that kind of patient-centered effort can lead to reduced health care costs and less use of ERs and hospitalization.
Furthermore, only half the NCQA-recognized practices in the study achieved Level 3. According to NCQA, 75 percent of recognized practices in pilot projects typically achieve Level 3. "A higher (and more typical) concentration of high-capability medical homes would probably have produced better outcomes," NCQA said in its response to the study(www.ncqa.org).
The PCPCC also responded(www.pcpcc.org), saying the study failed to measure other key elements of the PCMH, including patient engagement and satisfaction, team-based care, and behavioral health integration.
The Commonwealth Fund, which helped fund the Pennsylvania study, also defended the PCMH(www.commonwealthfund.org), making some of the same points we have here: that we better understand how to implement the model than we did in 2008, and patients with complex conditions should be targeted to improve outcomes and reduce utilization and costs. It also points out that the three-year study may not have been long enough to see the long-term benefits of the model.
Since the JAMA study was initiated in 2008, six other regions of Pennsylvania have started their own pilots. Based on lessons learned from the first study, these subsequent projects have been updated accordingly. It will be interesting to see the findings when these more recent projects are completed.
The bottom line is that one study that questions the value of the PCMH is no more valuable than one study that supports it. No one study should drastically alter the way we practice medicine. It is the totality of evidence that matters, and right now, we have a mountain of evidence that shows that in the majority of studies, the PCMH has been shown to decrease costs and improve outcomes.
One study can get our attention, which this one surely did, and make us scrutinize what we are doing. The JAMA article could help us learn how to better implement and study this evolving model, but it should not lead us to abandon it.
http://www.aafp.org/news/opinion/20140312pcmhjamaedl.html
Posted by MRA Alerts and Updates at 5:09 AM No comments:

Posted by MRA Alerts and Updates at 3:56 AM No comments:

Nintendo ‘Quality of Life’ to replace Wii U?

It is no secret that Nintendo’s Wii U is struggling, but would to it be too much to suggest they are already planning to replace it? ‘Quality of Life’ is a mysterious new platform which Nintendo is working on, with a possibility that it could take over from the Wii U early on.

Very little is know about the QOL platform, however Nintendo CEO Satoru Iwata has hinted that this initiative is separate from their current Wii ventures. Whether or not Quality of Life is created as a games console or all round multimedia device is unclear, although Iwata has said that the keyword with QOL is “Health”.
Fitness and health is a big theme being brought to the table right now, mobile devices and smartwatches are doing it, so Nintendo could be looking to get in on this popular trend. Wii Fit and a variety of other health related games and accessories have all been featured on the Wii and Wii U in the past; Nintendo will need to be trying something bold here.
In a detailed report on Gamestop, it has been suggested that Nintendo would continue 2014 with their Wii U games strategy and look to have QOL ready for next year. Once Quality of Life is completes it will become the forefront of Nintendo’s business and quietly edge the Wii U out of the picture.
This would see QOL and the Nintendo 3DS as the 2 main options for consumers, a risky but potentially rewarding move. It is hard to predict the success of Nintendo replacing the Wii U with Quality of Life because we know so little about it. On the other hand though, things can’t get much worse for the Wii U so any kind of change should help the company’s cause.
Is a new platform with a health focus from Nintendo what they need to replace the Wii U?
http://www.product-reviews.net/2014/03/12/nintendo-quality-of-life-to-replace-wii-u/
Posted by MRA Alerts and Updates at 3:52 AM No comments: