Take Two Apps And Call Me In The Morning

To help tackle depression among teens, Britain’s National Health Service wants to meet them on familiar territory: by prescribing them apps.

Depression is the most common type of mental illness, affecting some 350 million people globally and contributing to other problems like obesity, cardiovascular disease, and cancer. But it often goes undiagnosed, and once you know you suffer from it, sometimes the most difficult part of treatment is just being able to regularly sit down on a therapist's couch.
That’s why Britain’s National Health Service has begun encouraging doctors to prescribe people suffering from depression—and teenagers in particular—a thoroughly modern kind of treatment: apps.
Norman Lamb, Minister of State for Care and Support in the U.K., told The Times last week that treatment-by-app was a way of meeting teens on familiar ground.
"If you’re a teenager and your world revolves around digital access, we must make sure you get access to therapy online. So these programs are being developed."

The initiative—which involves a doctor prescribing an app alongside medication or face-to-face therapy sessions—is meant, says Lamb, to achieve "a much more seamless service that allows you access online, face to face or over the telephone, whichever is appropriate."
After a diagnosis, a patient may still be given a course of medicine and offered face-to-face cognitive behavioral therapy sessions. But under the new program, the doctor also now has the option of medically prescribing an app to help with treatment.
One in 10 British patients are waiting for over a year to be assessed for mental health treatment, according to one study. One in six said they had attempted suicide while on an NHS waitlist.
While Britain's nationalized health system hasn't endorsed a single preferred mental health app, it already recommends a handful of apps that allow patients to assess their moods and set goals and reminders—for medication or therapy sessions—that can be sent via alerts or text messages.
Such tools can be helpful in encouraging patients who may be reluctant to attend face-to-face sessions due to shame or embarrassment, or as a stopgap measure, while patients are waiting for treatment—sometimes for over a year.
A recent report by the U.K. coalition of mental health charities We Need to Talk said that one in 10 patients are waiting for more than a year to be assessed for treatment like cognitive behavioral therapy. One in six—thousands of people across the U.K.—have attempted suicide while on an NHS waitlist for psychological treatment, the report said, and two-thirds said their condition had worsened before they had a chance to see a mental health professional.
Lamb has called these long wait times "unacceptable," and said the health agency would be implementing access and waiting time standards for mental health beginning next year.
The app initiative is part of a broader NHS effort to modernize and enhance youth mental health care in Britain, says Lamb, who has also urged doctors against putting patients on anti-depressants as a "sort of default position."
Though using apps as treatment may sound bizarre to older generations of patients and medical professionals, Lamb is quick to point out that there is firm evidence that app-based therapy has been proven to work in expanding access to treatment and to reducing costs.

A Wall, a Buddy, and Games

That proof comes from, among other places, a web-based and mobile app calledBig White Wall. The app, launched in 2007 by a British social entrepreneur named Jen Hyatt, is a hybrid of a social network and task manager for people suffering from depression and other mental health issues. The site allows users to post thoughts, drawings, and pictures in an anonymized forum that is moderated 24/7, and to advice from experts online, leave reviews of therapists, and take Internet-based cognitive behavioral therapy courses.
The site boasts impressive success rates in helping people deal with their psychological distress, noting that 75% of its members used the site to discuss a mental health issue for the first time in their lives. Eighty percent reported that Big White Wall helped them self-manage their psychological distress, and a staggering 95% of users reported one or more improvements in well-being, according to the company, which also cites peer-reviewed studies on its website. In May it launched a U.S. version.
READ MORE
Posted by MRA Alerts and Updates at 5:54 AM No comments:

How Do We Activate Engagement in Mental Health Patients?

The National Institute of Mental Health reports that 1 in 4 adults - approximately 57.7 million Americans - experience a mental health disorder in a given year – and less than half get help.

1 in 17 Americans live with a serious mental illness.

The U.S. Surgeon General reports that 10% of children and adolescents in the United States suffer from serious emotional and mental disorders that cause significant functional impairment in their day-to-day lives at home, in school and with peers.

Without treatment the consequences of mental illness for the individual and society are staggering: unnecessary disability, unemployment, substance abuse, homelessness, inappropriate incarceration, suicide and wasted lives;

With appropriate effective medication and a wide range of services tailored to their needs, most people who live with serious mental illnesses can significantly reduce the impact of their illness and find a satisfying measure of achievement and independence.

The economic cost of untreated mental illness is more than $100 billion each year in the United States.

What is Patient Activation and Why is it Important?

‘Patient activation’ is a widely recognized concept. It describes the knowledge, skills and confidence a person has in managing their own health and health care.

Highly activated patients are more likely to adopt healthy behavior, to have better clinical outcomes and lower rates of hospitalization, and to report higher levels of satisfaction with services.

People who have low levels of activation are less likely to play an active role in staying healthy. They are not very good at seeking help when they need it, at following their doctor’s advice or at managing their health. Their lack of confidence and their experience of failing to manage their health often means that they prefer not to think about it.

Patients with low activation levels are also more likely to seek treatment in emergency rooms, and are more likely to be hospitalized or to be re-admitted to hospital after being discharged.

Self-efficacy pertains to an individual’s belief in their capacity to successfully learn and perform a specific behavior. A strong sense of self-efficacy leads to a feeling of control and to the willingness to take on (and persist with) new and difficult tasks.

When applied to health, this concept suggests that patients are empowered and motivated to manage their health problems when they feel confident about their ability to achieve their goal.

If you answered yes to any of those questions - we can help!


Our virtual learning environments provide patients with free on demand access to disease education, self-assessments, games, simulations and interactions that build self-confidence and equip them with the knowledge and skills necessary to become an active partner in their health care.

Crack the Case
Earn your Anger Detective Badge! Learn how to identify your triggers and create a personal strategy for dealing with an anger situation. 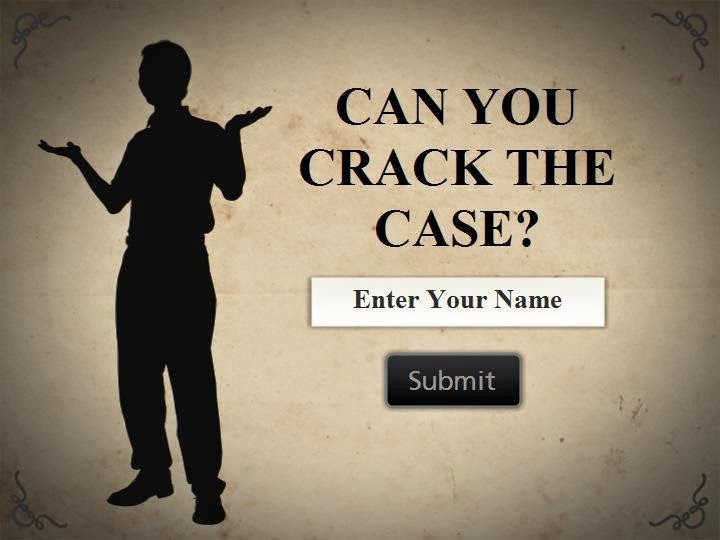 Motivating Change
Begin to think about aspects of motivation that govern behavior change. Lesson 1 of 4. 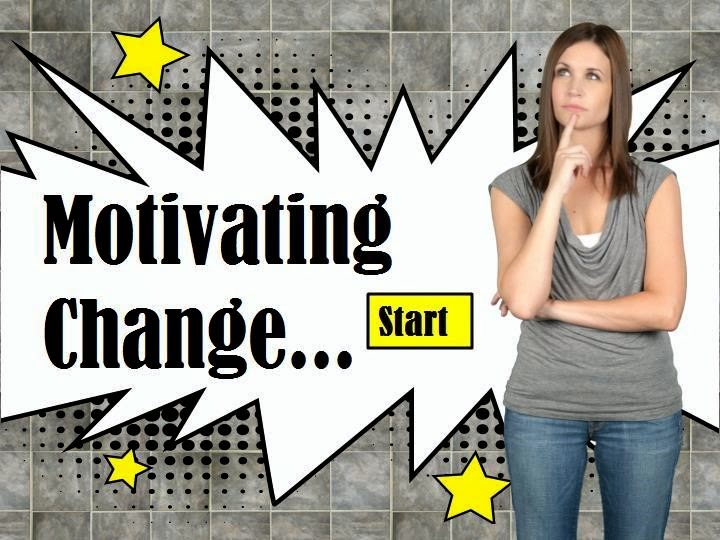 Beating Compulsive Behavior
What is a compulsive behavior? -- Anything that has more power over you than you have over it. Anything you do that you don't want to do, but can't seem to stop despite adverse consequences. 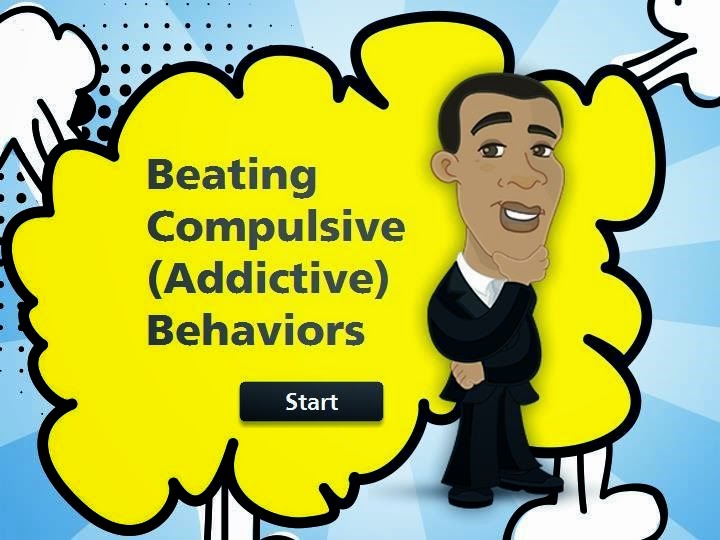 My Recovery Tools
Assessments, Prayers and Meditations to help you in your journey to recovery. 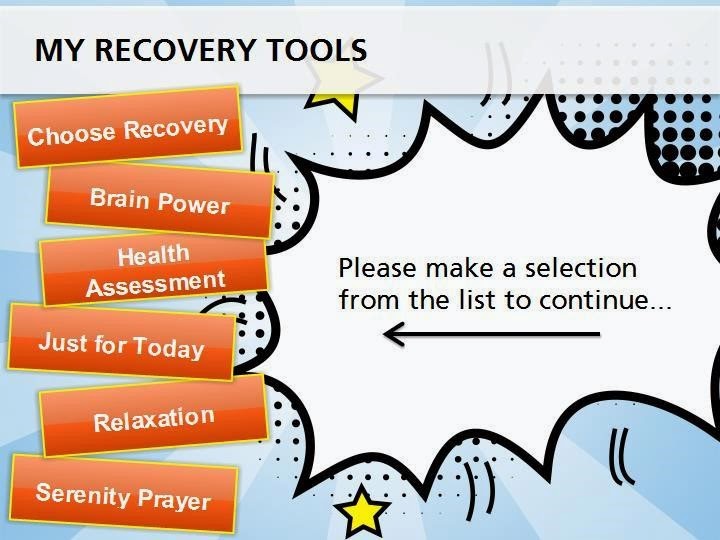 The Next Step Toward a Better Life
The first 30 days are often the hardest for those in recovery. Create a plan for success! 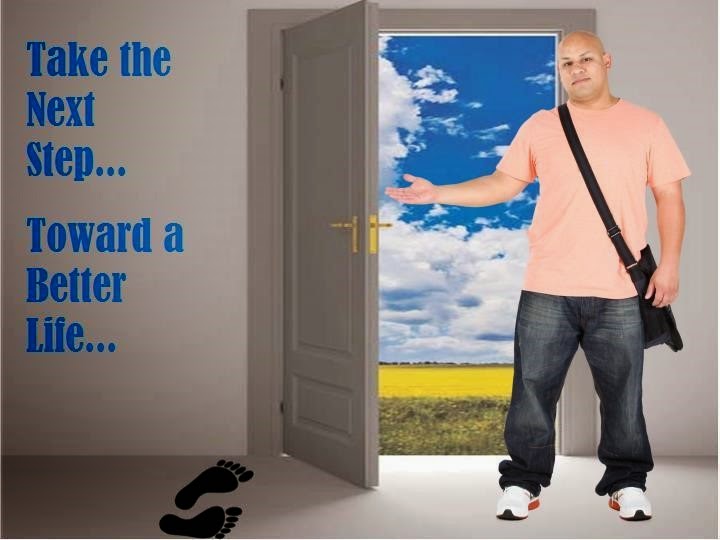 Alcoholics Anonymous
Discover the magic of AA: How it works, Steps, Traditions, and The Promises 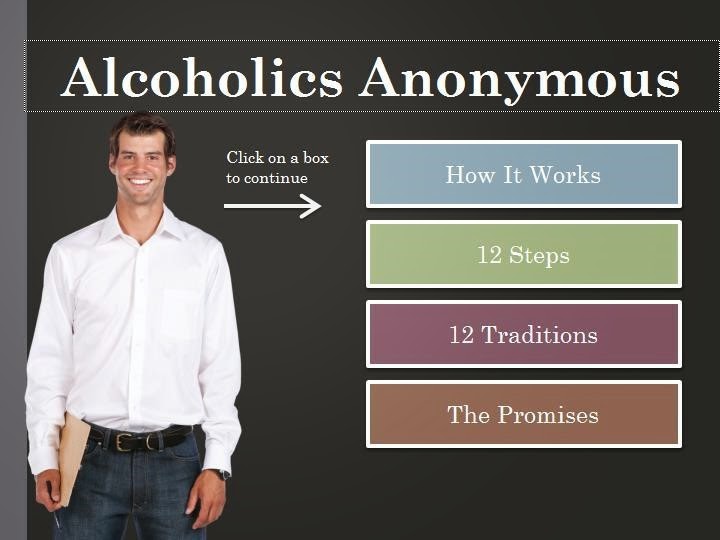 Posted by MRA Alerts and Updates at 8:54 AM No comments: