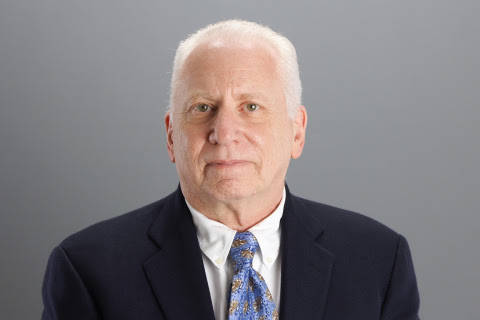 In his new Atlanta-based leadership role, Dr. Hauser is responsible for the operational leadership of Humana's growing Medicare business in Georgia and South Carolina.
Dr. Hauser, who joined Humana in 2009, most recently served as the company's Regional Medical Director of Senior Products for the Southeast Region, overseeing Humana's portfolio of Medicare benefit plans in Georgia, North Carolina and South Carolina.
Prior to joining Humana, he served 20 years in medical director and other leadership roles for top managed care companies, including Aetna, Prudential Health Care and Blue Cross Blue Shield of Massachusetts, as well as a director in the healthcare consulting practice of PricewaterhouseCoopers, LLP.
Dr. Hauser will report to Jim Laughlin, Humana's Southeast Region President for Senior Products.
"Bill is an impressive leader and physician who has played a key role in our continued growth in the Southeast Region," said Laughlin. "We're excited he's agreed to accept this newly-created role and lead our growing Senior Products operations in Georgia and South Carolina."
Dr. Hauser, an internist with a subspecialty in infectious diseases, also spent 10 years in academic medicine at Wayne State University School of Medicine and Boston University School of Medicine.

http://www.4-traders.com/HUMANA-INC-13000/news/Humana-Inc--Humana-Names-William-E-Hauser-Jr-MD-Retail-Market-Vice-President-of-Senior-Produc-17428153/
Posted by MRA Alerts and Updates at 5:50 PM 1 comment:

Authorities allege the pharmaceutical giant ignored FDA warnings and marketed Risperdal to the elderly and children while paying doctors kickbacks for prescriptions.

The U.S. Department of Justice (DOJ) announced Monday a $2.2 billion guilty plea by drug maker Johnson & Johnson for misbranding the schizophrenia drug Risperdal in one of the nation’s largest healthcare fraud cases.
Investigators with the DOJ alleged that Janssen Pharmaceuticals, a Johnson & Johnson company, marketed the drug for unintended uses and downplayed its health risks for children and the elderly. The DOJ also said that the company paid kickbacks to physicians for prescribing the drug.

The U.S. Food and Drug Administration (FDA) said Janssen must pay $1.72 billion in criminal fines and forfeiture and another $485 million in settlements with the federal government. The company agreed to plead guilty to a single misdemeanor violation of the Food, Drug, and Cosmetic (FD&C) Act.
“When pharmaceutical companies ignore the FDA’s requirements, they not only risk endangering the public’s health but also damaging the trust that patients have in their doctors and their medications,” Dr. Margaret A. Hamburg, FDA commissioner, said in a statement. “The FDA relies on data from rigorous scientific research to define and approve the uses for which a drug has been shown to be safe and effective. Today’s announcement demonstrates that pharmaceutical manufacturers that ignore the FDA’s regulatory authority do so at their own peril.”
In August, Janssen announced a civil settlement in 36 states and the District of Columbia, but stated they admitted no wrongdoing. Monday’s announcement from the DOJ states that Janssen admitted to illegally promoting Risperdal for non-approved reasons from 1999 to 2005.

U.S. Attorney General Eric Holder said the issue at the heart of the case was the health and safety of patients, and that the settlement was part of the DOJ’s commitment to curb healthcare fraud.
“It proves our determination to hold accountable any corporation that breaks the law and enriches its bottom line at the expense of the American people,” he said.
Learn Which Are the Most Addictive Drugs on the Market »
Representatives of Janssen could not be reached for comment. In a press release, Michael Ullmann, Vice President and General Counsel for Johnson & Johnson said Monday’s agreement ended “complex legal matters” that went on for a decade.
“This resolution allows us to move forward and continue to focus on delivering innovative solutions that improve and enhance the health and well-being of patients around the world,” he said. “We remain committed to working with the U.S. Food and Drug Administration and others to ensure greater clarity around the guidance for pharmaceutical industry practices and standards.”
Besides the financial settlement, Johnson & Johnson entered into a five-year corporate integrity agreement with the Office of the Inspector General of the U.S. Department of Health and Human Services, the parent agency of the FDA.

The History of Risperdal

Risperdal (risperidone) is an atypical antipsychotic drug that was first given FDA approval in 1994. In 2002, it was approved to treat schizophrenia, and in 2003 it was approved for the short-term treatment of mania in bipolar disorder.
See the 7 Most Famous Faces of Schizophrenia »
However, according to the FDA, Janssen began marketing the drug for agitation related to dementia in the elderly, representing it as safe and effective. The drug was not approved for this use, and the FDA alleged Janssen downplayed the increased risk of stroke “by combining negative data with other studies in order to support a perception of decreased risk from using the drug.”
Besides use for dementia-related symptoms, Janssen also marketed Risperdal to children for behavioral issues, “despite known health risks to children and adolescents,” according to the FDA. Only until late 2006 was Risperdal approved for use in children, but the FDA repeatedly warned Janssen that promoting its use in children was “problematic and could be evidence of a violation of the law.”
http://www.healthline.com/health-news/policy-johnson-and-johnson-to-pay-record-settlement-in-suit-110413
Posted by MRA Alerts and Updates at 2:32 PM No comments: