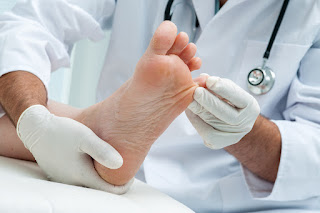 A Chicago podiatrist has been sentenced to more than seven years in prison and ordered to pay nearly $7 million in restitution following his conviction for health care fraud.

Dr. Yev Gray was sentenced to 90 months in prison and ordered to pay $6,974,895.00 in restitution related to the submission of false reimbursement claims for non-rendered podiatric services.

According to court records, Dr. Yev Gray was the owner and president of Aggeus Healthcare, headquartered in Chicago, Illinois, which provided podiatry services to residents of long- term care facilities. As of September 2015, Aggeus was operating in at least 16 states. In Missouri, Aggeus contracted with podiatrists to provide services in eleven facilities, with seven of the facilities located in the cities of Bourbon, Hannibal, Maryland Heights and Poplar Bluff, Missouri.

According to court records, Dr. Gray created an electronic medical record (EMR) system, which automatically inserted into patient records, diseases and symptoms that the patients did not have. Dr. Gray also pressured Aggeus podiatrists to provide unneeded services, such as Doppler studies, the incision and drainage of abscesses, and the removal of calluses. Some of the podiatrists complied, provided the unneeded services, and signed the false treatment notes; others refused. Despite repeated complaints from patients, nursing homes, and some of their podiatrists, Dr. Gray and his co-defendants continued to create false patient records and to bill for medically unnecessary services. From 2009 to September 2015, Medicare paid Aggeus Healthcare millions of dollars based on the false reimbursement claims submitted by Aggeus.

Natalie Gray, a lawyer and the wife of Dr. Gray, is currently serving a one-year prison term for her role in the health care fraud conspiracy. The CEO of Aggeus and four Aggeus podiatrists are awaiting sentencing.

Posted by MRA Alerts and Updates at 12:37 PM No comments: