Arm Your Team for Victory


I believe it will be both. As victory will not be defined by the owners and head coaches but instead by how the players execute on the field. It will be the game time decisions that matter most.


A quarterback who can read the defense and adjust accordingly will provide far greater value to the offense than the most athletic quarterback who misses the blitz every time.


Perhaps Napoleon said it best, “Battles are won by the power of the mind.” For in a game of inches, the winners and losers will be defined by those who can execute in the moments that matter most.


Prepare your team for victory with information at the point of care!


ERM Consulting has developed the industries best tools for players on the frontline.

Coding and Documentation Guide for Providers and Coders

This 42 page guide includes proper ICD-10 coding and clinical documentation for the most common diagnoses included in the risk models. A complete list of CMS-HCCs with RAF and demographics included. Order 1 for your entire team! Orders of 100 or more can be white labeled with your logo at no charge. Please email logo to kgifford@ermconsultinginc.com after purchase. 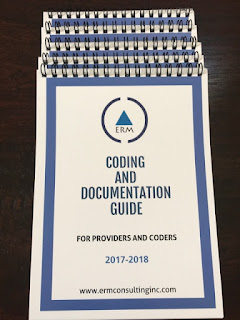 This 36 page guide contains a list of the most common HCC codes in the Medicare (CMS-HCC) model. Common codes are included from both the medical and prescription models. Orders of 100 or more can be white labeled with your logo at no charge. Please email logo to kgifford@ermconsultinginc.com after purchase. 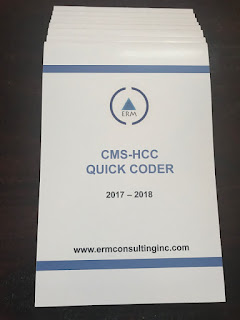 Posted by MRA Alerts and Updates at 9:07 AM No comments: 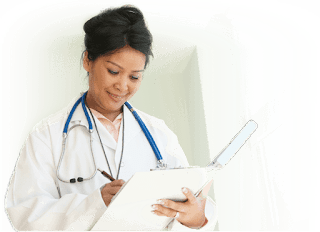 Posted by MRA Alerts and Updates at 6:40 AM No comments: 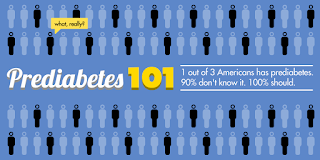 Researchers from Johns Hopkins University said their findings should prompt doctors to learn more about this condition that affects an estimated 86 million adults in the United States and could eventually lead to type 2 diabetes.

"We think the findings are a wake-up call for all primary care providers to better recognize the risk factors for prediabetes, which is a major public health issue," said study first author Dr. Eva Tseng in a university news release. She's an assistant professor at Hopkins' School of Medicine.

It's estimated that 90 percent of those with prediabetes are unaware that they have the condition, according to the U.S. Centers for Disease Control and Prevention.

The American Diabetes Association (ADA) explains that changes in diet, exercise and certain medications can help prevent people with prediabetes from going on to develop type 2 diabetes.

To investigate why so many people with prediabetes go undiagnosed, the researchers asked primary care doctors attending a medical retreat to complete a survey testing their knowledge of key risk factors for the condition.

The ADA has guidelines that list a total of 11 specific risk factors that determine if a patient should be screened for prediabetes. They include physical inactivity, a first-degree relative with diabetes, high blood pressure, and a history of heart disease.

A total of 140 doctors took the survey. Nearly one-third of those surveyed weren't even familiar with the ADA's prediabetes guidelines. Only 6 percent were able to identify all 11 risk factors. On average, the doctors could correctly identify just eight of the warning signs.

The doctors also had to identify the healthy range for glucose tests results used to diagnose prediabetes as well as recommendations about weight loss and physical activity for people with the condition.

Only 17 percent identified the correct values for fasting glucose and another key measure of glucose, known as HbA1c, which are used to diagnose prediabetes, the study authors said.

Only 11 percent of the doctors said they would refer a patient to a behavioral weight loss program, even though that's what the ADA recommends. But 96 percent did choose to provide counseling on diet and physical activity.

Most of the doctors said they wouldn't prescribe metformin for prediabetes. But in 2017, the ADA recommended that metformin be considered for patients with prediabetes who haven't reduced their risk for diabetes through lifestyle changes alone.

"Primary care providers play a vital role in screening and identifying patients at risk for developing diabetes. This study highlights the importance of increasing provider knowledge and availability of resources to help patients reduce their risk of diabetes," said study senior author Dr. Nisa Maruthur, an assistant professor of medicine at Hopkins' School of Medicine.

The results were published recently in the Journal of General Internal Medicine. 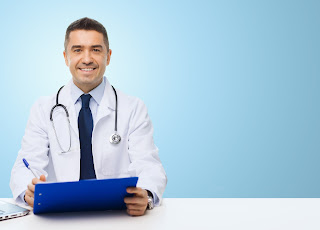 Posted by MRA Alerts and Updates at 11:00 AM No comments: 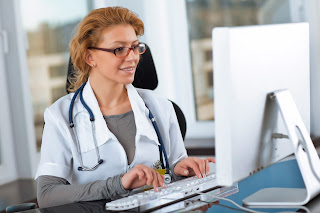 Proposed rule and Request for Information promote improvements to quality, accessibility, and affordability of care
On July 13, CMS issued a proposed rule that updates payment rates and policy changes in the Hospital Outpatient Prospective Payment System (OPPS) and Ambulatory Surgical Center (ASC) Payment System. The proposed rule is one of several for 2018 that reflect a broader strategy to relieve regulatory burdens for providers; support the patient-doctor relationship in healthcare; and promote transparency, flexibility and innovation in the delivery of care.
The OPPS and ASC payment system are updated annually to include changes to payment policies, payment rates, and quality provisions for those Medicare patients who receive care at hospital outpatient departments or receive care at surgical centers. Among the provisions in this rule, CMS is proposing to change the payment rate for certain Medicare Part B drugs purchased by hospitals through the 340B program. The proposed rule also includes a provision that would alleviate some of the burdens rural hospitals experience in recruiting physicians by placing a two-year moratorium on the direct supervision requirement currently in place at rural hospitals and critical access hospitals. In addition, CMS is releasing within the proposed rule a Request for Information to welcome continued feedback on flexibilities and efficiencies in the Medicare program.
For More Information:
See the full text of this excerpted Press Release (issued July 13).

Proposed rule & Request for Information provide flexibility, support strong patient-doctor relationships
On July 13, CMS issued a proposed rule that would update Medicare payment and policies for doctors and other clinicians who treat Medicare patients in CY 2018. The proposed rule is one of several Medicare payment rules for CY 2018 that reflect a broader strategy to relieve regulatory burdens for providers; support the patient-doctor relationship in healthcare; and promote transparency, flexibility, and innovation in the delivery of care.
The Physician Fee Schedule is updated annually to include changes to payment policies, payment rates, and quality provisions for services furnished to Medicare beneficiaries. This proposed rule would provide greater potential for payment system modernization and seeks public comment on reducing administrative burdens for providing patient care, including visits, care management, and telehealth services. The rule takes steps to better align incentives and provide clinicians with a smoother transition to the new Merit-based Incentive Payment System under the Quality Payment Program. The rule encourages fairer competition between hospitals and physician practices by promoting greater payment alignment, and it would improve the payment for office-based behavioral health services that are often the therapy and counseling services used to treat opioid addiction and other substance use disorders. In addition, the proposed rule makes additional proposals to implement the Center for Medicare and Medicaid Innovation’s Medicare Diabetes Prevention Program expanded model starting in 2018.
For More Information:
See the full text of this excerpted Press Release (issued July 13).

Posted by MRA Alerts and Updates at 5:23 AM No comments:

Should you code morbid obesity when a patient has a BMI of 36?

This is one of my favorite questions to ask physicians, coders and healthcare executives when I am teaching. Why? Because it is guaranteed to elicit the following three responses:


B.      No, I never use that code. I don’t want to upset anyone with open notes and patient portals…


One-third of the audience will select “A” as the correct answer, one-third will select “B” and one-third will choose “C”. This scenario will play out the same way in Miami, Philadelphia, Austin, Chicago, Little Rock or any other city in America. Why? Because it is an urban coding legend…

Posted by MRA Alerts and Updates at 3:43 AM 2 comments: