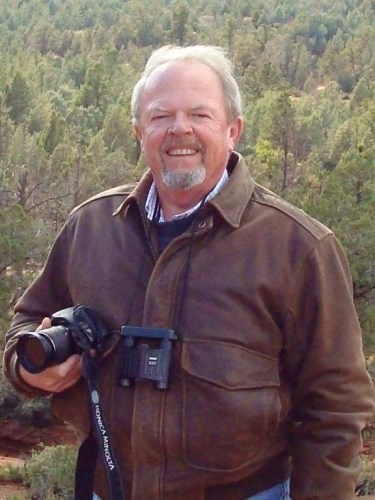 He earned his Doctor of Medicine from the University of Texas Medical Branch at Galveston in 1977, where he was the presiding senior of the Phi Chi Medical Fraternity.

He practiced family medicine in Austin for a decade, during which time he held multiple leadership positions at St. David's South Austin Medical Center, including Chairman of the Board of Trustees. He then went on to serve as President of PCA Medical Group of Texas, P.A. and Vice President of Medical Affairs and then Executive Director of the Central Texas Market at PCA Health Plans of Texas, Inc./Humana, Inc. in Austin from 1990 through 1998, and then as Chief Medical Officer of HealthFirst HMO, Inc. in Tyler, Texas.

He rejoined Humana in San Antonio, Texas in 2001, where he served as Vice President and Chief Medical Officer for the South Texas market, and then as Regional President of Senior Products for the Southwest Region until his retirement in 2013.

He served in leadership positions in various professional organizations and was a great mentor to many colleagues. After his retirement he kept busy with consulting roles.

George lived life to the fullest. He had a passion for the outdoors, including hunting, fishing, hiking and gardening. He loved Texas Longhorns football and playing poker with dear friends. He also loved cooking for family and friends, hosting parties, and enjoying great food and wine with his fellow Chaine des Rotisseurs members. In his retirement, George spent much of his time traveling to new places near and far. A sixth generation Texan, descendant of The Old 300 and a member of the Sons of the Republic of Texas, he loved Texas and its history. He also had a passion for reading, and was taking seminar courses through the University of Texas's OLLI SAGE program.

He is predeceased by his parents, Leonard Louis Smith and Gladys Nichols Smith, and his first wife, Kelly Reynolds Smith. He is survived by his daughter Megan (Brad) Demicco of Dallas, son Garrett (fiancé Danelle Cantu) of Austin, grandchildren Andrew and Julia Demicco of Dallas, sweetheart Marilyn Davis of Austin, sister-in-law Morna Reynolds (Lee) Erwin of Knoxville, Tennessee, and many extended family members and dear friends. We will miss George's kind and generous spirit, great stories, and wonderful sense of humor.

In lieu of flowers, donations may be made to the University of Texas Medical Branch at Galveston or an animal rescue organization of your choice.

A celebration of George's life will be held at a later date.

Posted by MRA Alerts and Updates at 6:00 AM No comments: