On Thursday, May 14, 2015, at a meeting of the American Bar Association’s Healthcare Fraud Section, Leslie Caldwell, the Assistant Attorney General for the Department of Justice (DOJ) Criminal Division, declared stamping out healthcare “fraud and holding those who commit this fraud accountable are core missions of the Criminal Division and the Justice Department.” In addition to the ongoing operations of her team of more than 40 specialized healthcare prosecutors at the DOJ, Medicare Fraud Strike Force, and local United States Attorneys’ Offices, AAG Caldwell also described a renewed and intensified focus on executives and corporations:

The Strike Force will follow evidence of healthcare fraud wherever it leads, including into corporate boardrooms and executive suites. The Criminal Division has a long record of holding executives responsible for their criminal wrongdoing in cases involving financial fraud. You should expect to see us building on that record in the field of healthcare fraud.

No stranger to corporate prosecutions, as the former director of the Enron Task Force, AAG Caldwell cited the immense resources at her disposal for combating healthcare fraud across the country. Pointing to more than a dozen active corporate healthcare fraud investigations currently under way at DOJ, she made clear that the bar should expect to see more action in this area. AAG Caldwell has reason to be optimistic about the overall success of her renewed healthcare focus, as the Strike Force has made an imposing start:

In the last fiscal year alone, the Strike Force charged 353 defendants. Of those 353 defendants charged, 304 pleaded guilty and 41 were convicted at trial. The Strike Force has an overall conviction rate of 95 percent—a spectacular rate of success considering the volume and the complexity of the prosecutions—and secures prison sentences averaging more than 50 months.

AAG Caldwell further stressed the importance of cooperation for companies that have discovered healthcare fraud, noting “put simply, companies seeking credit for cooperation must conduct a thorough internal investigation and turn over all available evidence of wrongdoing to our prosecutors in a timely and complete way.” The hallmarks of cooperation, she emphasized, were candor and completeness. According to AAG Caldwell, DOJ will expand its geographic scrutiny of potential fraud hot spots to include New York, Dallas, Houston, Detroit, Chicago, and Los Angeles, meaning more companies are going to be under increased scrutiny than ever before.
With AAG Caldwell’s remarks in mind, it is incumbent on all healthcare companies and executives to implement and enforce rigorous compliance policies and programs. In many ways the vanguard of fraud prosecutions, AAG Caldwell also stressed the importance of cybersecurity measures to prevent the fraudulent acquisition or use of patient data. This latter aspect is likely to permeate all fraud prosecutions in the future, as companies face increased pressure to protect client and customer data, but it is nowhere more scrutinized at this time than in the healthcare sector.

Educating Patients on Warfarin, One Game at a Time


​Patients receiving warfarin will often need to continue taking it after discharge from the hospital, and some may require warfarin therapy for a long time. It is important that patients receive education about the drug while they are in the hospital so they can manage their therapy properly at home. Patients who are knowledgeable about their medication therapy can help to reduce the risk of adverse drug events. Education should begin with the patient’s first dose of warfarin, and all patient education needs regular reinforcement.

·        Educate patients as well as their family members or other people who live with the patients or assist with their care.
·        Use patient-directed dosing as a way to ensure that patients understand what they are taught about managing their warfarin therapy.
·        Continue education on an outpatient basis through a clinic or dosing service.
·        Use innovative tools, such as games and apps, to reach your patients post discharge.
o   Cardiac Island, from mHealth Games reinforces important objectives for patients taking Coumadin. Click the picture below to play.


Join Captain Jack on a race for treasure around Cardiac Island! Test your knowledge of Coumadin (Warfarin) and unlock treasures of health and wellness. 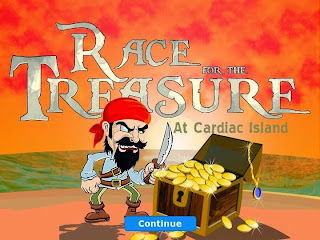 Posted by MRA Alerts and Updates at 7:41 AM No comments: 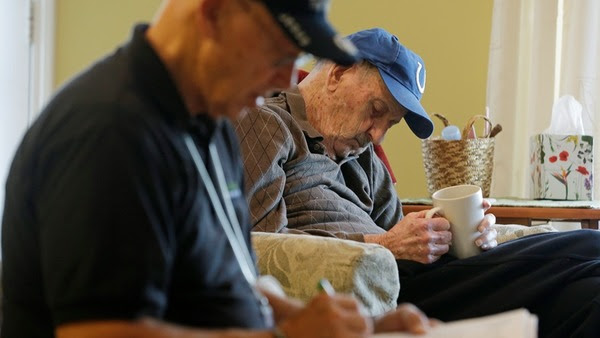 It’s only one study based on the health data of one unnamed state. But if the results of the Truven Health Analytics study are at all typical of the general U.S. population, then insurers offering coverage through health care reform exchanges should be braced for some very high utilization numbers by an unexpectedly older consumer population.
Truven said it used the data provided by “a large health plan to investigate demographics, risk, financial factors, and utilization patterns in the exchange population of its state.” The results of the analysis suggest that some of the basic predictions about those who would purchase coverage through an exchange might have been way off. Truven did not identify either the state or the health plan.
Report findings include:

“Now, more than ever, health plan leaders need to understand details about their unique populations to create appropriate product strategies and plan designs for the future,” said Barbara Graovac, senior vice president at Truven Health Analytics. “With this snapshot of one state’s exchange population, it becomes clear how profound the differences between an exchange and off-exchange health plan population can be, and, how different reality is from initial predictions.”

Did You Know?
Over half a million people are homeless. On any given night, there are over 600,000 homeless people in the U.S., according to the US Department of Housing and Urban Development (HUD). Most people are spending the night either in homeless shelters or in some sort of short-term transitional housing. Slightly more than a third are living in cars or under bridges or are in some other way living unsheltered.

What Can We Do?
Today, we not only know that housing ends homelessness, we also know that not everyone will need the same assistance. Some individuals will need permanent supportive housing, but others can make the transition with far less assistance. Accurate identification of those who need a higher level of services is a constant battle for mental health professionals working on the front lines.

A Call to Action
In a recent meeting with a non-profit organization who provides services to those in crisis, we were presented with this problem: How do we move beyond the traditional check boxes when evaluating an individual’s readiness for independent living? How can my outreach team effectively evaluate life skills in the field?

Life skills are the skills that many people take for granted, like managing money, shopping, cooking, running a home and maintaining social networks. They are essential for living independently.

The Solution
Skills for a Better Life gives organizations a standard mobile tool to assess the need for life skills training. 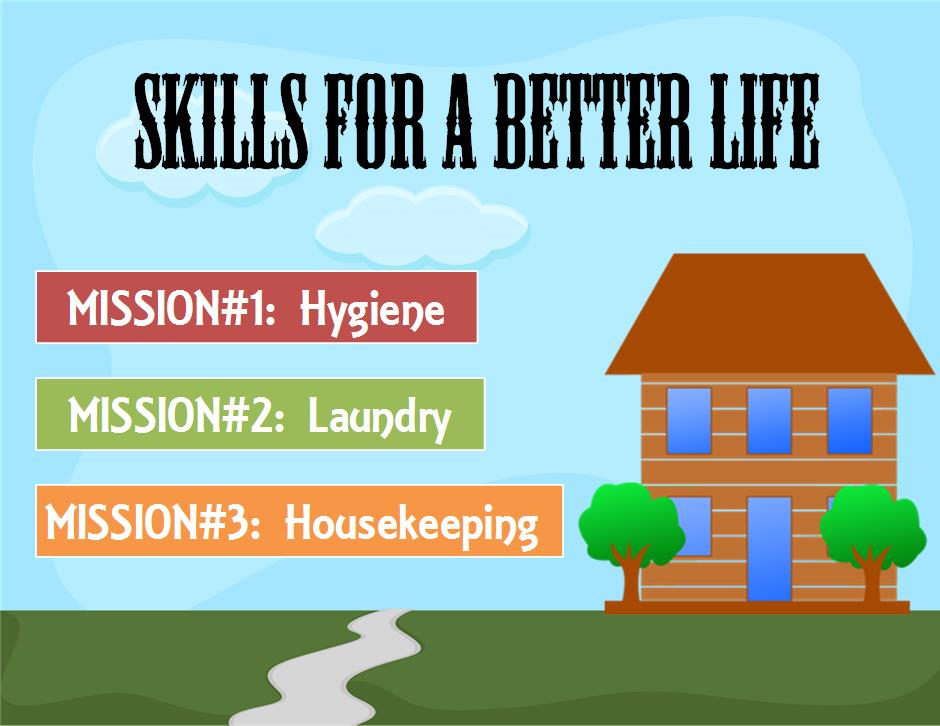 Do you need help with a specific problem? Contact mHealth Games today for a high value, low cost solution.

Posted by MRA Alerts and Updates at 5:17 AM No comments:

ASCO recently published their paper on  State of Cancer Care in America 2014. In this paper, authors outline concerns and possible courses of action. The report addresses cancer costs, increasing treatment options, growing number of cancer survivors, disparities of care and the challenges of meeting these needs and concerns.

ASCO predicts that by 2030, new cancer cases in the US will rise by 45%. By 2022, there will be almost 18 million cancer survivors, about a 35% increase from today. But ASCO is also predicting a national shortage of oncology specialists by 2025. New treatment options will increase the number of cancer survivors, which is a good thing, but the shortage of specialists will result in a strain on the existing providers and a possible decrease in quality or continuum of care for some patients. Disparities of care for certain ethnic groups coupled with rising costs of medications and treatment could further result in problems with quality or access to care. Besides shortage of oncologists and disparities of care, uneven geographic distribution of physicians leave those in rural areas wanting. ASCO cites an analysis of demographics showing that nearly 90% of oncologists practice in urban areas and that more than 70% of US counties analyzed had no medical oncologist at all.

As a direct result of the above challenges, cancer patients (and their families and caregivers) will have to take a more active role in managing their health.

What tool is your organization using to educate caregivers?

How are you measuring success with specific outcomes?

Are you looking for new and improved ways to educate caregivers?

If so, mHealth Games can help!

Care-G Command Center
Mission Critical Care: If someone you love has been diagnosed with cancer, you've just become a very important part of their care team. Are you ready for basic training? 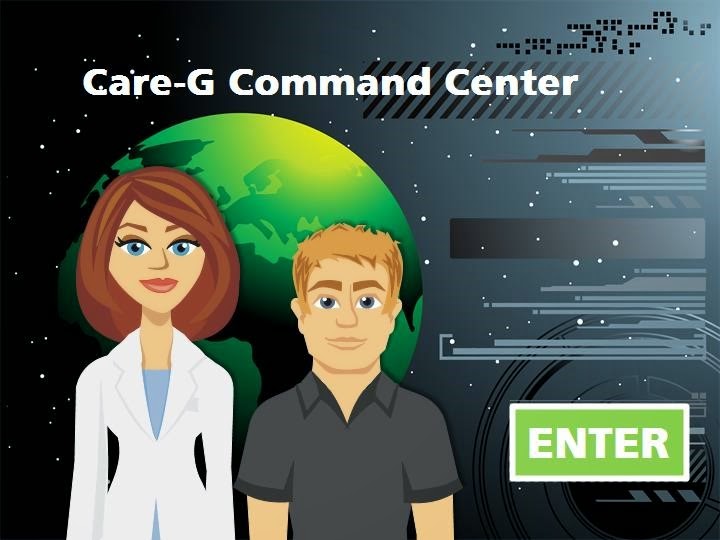 Posted by MRA Alerts and Updates at 6:34 AM No comments: