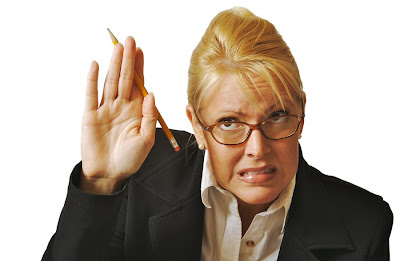 For those who live in the world of risk adjustment there has been a great debate among industry leaders in regards to the use of blind coding in retrospective audits. For those unfamiliar with the term, “blind coding,” it refers to coding and auditing medical records without access to the original claims data. These audits are typically performed by coding vendors hired by health plans to look for “missed” diagnosis codes.

Whether you agree or disagree with my views, everyone in risk adjustment should be paying very close attention to the upcoming trial set for July 24, 2017 in the Graves vs Plaza Medical Centers case.

Dr. Graves also contends that Humana “turned a blind eye” to the fraud and did nothing to correct the problem after repeated internal audits showed high error rates. She further contends that none of their “risk adjustment data validation” processes were designed to detect fraud, but instead to capture additional codes for the sole purpose of increasing capitation payments.

On January 17th the court denied summary judgement and found material issues of fact relating to compliance activities, certification of risk adjustment data and the retention of overpayments.

Key Points from the Court’s Report and Recommendation

§  The undersigned finds that evidence in the record that raises genuine issues of material fact as to whether the shortcomings of the design and application of Humana’s compliance program met the CMS regulations or constituted reckless disregard.

§  The relator argues that “ample evidence supporting scienter falls into two primary categories: (1) Humana’s failure to make ‘good faith efforts’ to certify the accuracy of its data submissions and maintain an ‘effective compliance program’ as required by law; and (2) the red flags that Humana ignored at the time and continues to ignore in its Motion.”

§  The relator argues that neither of Humana’s two forms of oversight related to the submission of risk adjustment data—the Medicare Risk Adjustment (“MRA”) Review and Provider Data Validation (“PDV”) Review—were designed to detect fraud or upcoding, and were therefore incapable of satisfying Humana’s obligations to make “good faith efforts” to certify the accuracy of the data to which it was attesting and maintain an “effective compliance program.”

§  The relator argues that Humana’s MRA Reviews did not detect International Classification of Diseases 9 codes (“ICD9 codes”) that were unsupported or likely to be unsupported by the medical record, but instead were designed to identify diagnostic codes for submission to CMS that providers may have overlooked.

§  The relator argues further that such one-way reviews are compelling evidence from which a reasonable jury could conclude that Humana did not make “good faith efforts” to certify the accuracy of its risk adjustment data and did not have an “effective compliance system.”

§  The relator offers evidence that the MRA Review was designed to identify diagnostic codes for submission to CMS that providers may have overlooked. Using algorithms to identify specific patients with potentially unreported conditions, the relator argues that the goal of Humana’s MRA reviews was to increase the capitated payment received by Humana and its providers

§  Rather than reviewing a patient’s lab tests, specialist reports, and underlying medical records, Humana’s PDV reviewers relied solely on a physician’s progress notes to confirm diagnosis; for chronic conditions, they validated the condition so long as its corresponding ICD-9 code appeared in the progress notes, even if those notes did not identify any confirming evidence or treatment plans for the diagnosed condition.

§  The evidence in the record raises genuine issues of material fact as to whether the false submissions that Humana made to CMS based on Plaza Medical Centers and Dr. Cavanaugh constituted reckless disregard under the FCA.

§  Humana contends that “effective” and “good faith” are ambiguous terms and that the relator fails to cite any CMS guidance regarding their definitions let alone warn Humana away from its interpretation of the governing regulations.

§  The relator relies on the CMS regulations found in 42 C.F.R. § 422.504(l)(2) and 42 C.F.R. § 422.503(b)(4)(vi)) that respectively require an MAO like Humana 1) make good faith efforts to certify the accuracy of its data submissions, and 2) maintain an effective compliance program.  Additionally, the relator relies on the Ninth Circuit’s Swoben decision that rejected the defendant’s arguments that the CMS regulations were ambiguous and that the defendant’s interpretation was objectively reasonable due to CMS’ clear, authoritative guidance that requires MAOs “to undertake ‘due diligence’ to ensure the accuracy, completeness and truthfulness of encounter data submitted to CMS.” Swoben, 832 F.3d at 1099 (citing Fidelity Fed. Sav. & Loan Ass’n v. de la Cuesta, 458 U.S. 141, 158 (1982)) “[A]mbiguity alone [does] not shield claimants from FCA liability.”

§  CMS regulations obligated Humana to exercise “due diligence” and “good faith efforts” to certify the accuracy, completeness, and truthfulness of encounter data that Humana submitted to CMS.  The CMS requires that MAOs must implement a compliance program that detects and prevents fraud, waste and abuse.  The relator’s evidence presents a fact question as to whether Humana satisfied its CMS obligations or not which goes to the issue of whether Humana recklessly disregarded the falsity of the claims it submitted on behalf of its providers, Plaza Medical Centers and Dr. Cavanaugh.

§  Humana contends that “absent evidence that Humana was on notice of alleged fraud, allegations that Humana did not precisely follow its own compliance program—the existence of which negates a finding of the requisite scienter—do not establish the knowing submission or certification of allegedly false diagnosis codes in violation of the FCA.” Motion at 23.  The relator argues that if Humana’s position was true, the defendants could always avoid FCA liability simply by implementing a “compliance program,” no matter how ineffectual.  The relator’s expert avers that “[a]lthough minor lapses in policy may be excused, the record evidence here indicates systematic failure to adhere to internal policies, rendering these policies entirely ineffective as … fraud detection measures.” Anderson Declaration at ¶ 140 (DE# 663-1).

§  The relator relies upon the Ninth Circuit’s decision in United States ex rel. Swoben v. United Healthcare Ins. Co., 832 F.3d 1084, 1098-99 (9th Cir. 2016), amended   F.3d, 2016 WL 7378731 (9th Cir. December 16, 2016), which held that the CMS guidance is (a) “authoritative” because “it provided clear guidance to [MAOs] … regarding their obligations under [42 C.F.R.] § 422.504(l);” (b) created an affirmative obligation to “undertake ‘due diligence’ to ensure the accuracy, completeness, and truthfulness of encounter data [i.e. risk adjustment data] submitted to [CMS];” and (c) imposed an affirmative obligation to make “good faith efforts to certify the accuracy, completeness and truthfulness of encounter data submitted.” Id. (citing 65 Fed. Reg. 40,248 (guidance preamble) (emphasis in original)).  MAOs are also required to “implement an effective compliance program, which must include measures that … prevent, detect, and correct fraud, waste, and abuse.” 42 C.F.R. § 422.503(b)(4)(vi).  In Swoben, the Ninth Circuit vacated and reversed the district court’s dismissal of Swoben’s third amended complaint without leave to amend.  The Ninth Circuit found that Swoben’s theory – “that the defendants designed their retrospective review procedures to not reveal unsupported diagnosis codes, allegedly for no other reason than to avoid reporting that information to the government-- states a cognizable legal theory under the False Claims Act.”

§  The undersigned finds that the record evidence presents genuine issues of material fact for a jury to determine whether the relator can prove that Humana had the requisite scienter, that is “reckless disregard,” for FCA liability and whether Humana failed to undertake measures constituting a “good faith effort” to certify the truth and accuracy of its submissions to CMS and to maintain an effective compliance plan to detect and correct fraud.  Because there is sufficient evidence in the record upon which a reasonable jury could find for the non-moving party, the relator, this Court should deny Humana’s motion for summary judgment.

§  The reverse false claims provision imposes liability on anyone who “knowingly conceals or knowingly and improperly avoids or decreases an obligation to pay or transmit money or property to the Government.”

§  The Patient Protection and Affordable Care Act of 2010 (“ACA”) requires a person who receives an overpayment of Medicare or Medicaid funds to report and return the overpayment within 60 days of the date on which the overpayment was identified.

§  “[T]he sixty day clock begins ticking when the provider is put on notice of a potential overpayment, rather than the moment when an overpayment is conclusively ascertained, which is compatible with the legislative history of the FCA and the FERA.”

§  The 2014 CMS regulation implementing the 60-day provision of the ACA provides that an MAO “has identified an overpayment when [the entity] has determined, or should have determined through the exercise of reasonable diligence, that [it] has received an overpayment.”

§  The relator acknowledges, as the United States did in its Amicus Brief (Dkt No. 68) in United States ex rel. Swoben v. United States Healthcare Insurance Co., No. 13-56746 (9th Cir. 2016), that “[a]lthough some of the conduct alleged here predates the enactment of the [ACA] and all of the conduct predates the promulgation of CMS’s implementing regulation, these statutory and regulatory overpayment provisions are instructive as to what Congress intended in enacting the reverse-false-claims provision.”

§  Humana disputes that it had knowledge of overpayments and/or knowingly failed to return them within 60 days from when they were identified.  Humana contends that its “voluntary cooperation with DOJ’s investigation of Relator’s allegations precludes a finding that Humana ‘knowingly concealed’ or ‘knowingly and improperly avoided’ the return of alleged overpayments.”

§  The relator contends that the evidence in the record presents a fact question as to whether Humana recklessly disregarded or deliberately ignored overpayments as early as 2010, that is before the complaint was unsealed, and improperly retained those funds until 2016.

§  The relator relies on Humana’s November 2010 PDV Review of Plaza Medical Centers which determined that 35% of the 178 audited diagnostic codes, all of which were previously submitted to CMS, were invalid. The relator argues that this audit alone revealed that Humana had received overpayment for some, if not all, of the 63 invalid diagnostic codes that Humana identified during the November 2010 audit.  Humana waited until February 2016 to submit code deletions for nearly all of those invalidated codes, rather than calculating the resulting overpayments and returning the funds to CMS as it was required to do to avoid liability under 31 U.S.C. § 3729(a)(1)(G).

§  The evidence in the record presents a fact question for a reasonable jury to determine whether Humana had knowledge of and knowingly retained overpayments for improper diagnostic codes that were submitted to CMS.  The relator contends that Humana’s MRA Reviews were similar to the one-sided reviews in Swoben that in practice only captured under-reporting errors that would identify additional diagnosis codes and lead to an increase in payments from CMS.  In Swoben, the Ninth Circuit explained that when an MAO designs reviews that either avoid or conceal over-reporting errors, a lack of diligence and an absence of good faith exist.  Swoben, 2016 WL 7378731, at *10.

§  Humana contends that its cooperation with the Department of Justice’s (“DOJ”) investigation of relator’s allegations absolves it from reverse false claim liability. Humana maintains that its lack of independent investigation into Plaza Medical Centers and Dr. Cavanaugh was justified because:  1) the government declined to intervene; and 2) neither CMS nor DOJ told Humana to investigate its overpayments.

§  The relator argues that Humana’s duty to investigate is independent of the DOJ’s investigation.  See Crumb, 2016 WL 4480690, at *16 (denying defendants’ motion to dismiss in part because “even in 2014, when [defendants] knew the Government was conducting FCA investigations into [defendants’] alleged false claims … defendants ‘failed to take any corrective or repayment action’” and, by 2015, had only made partial payments).

§  The undersigned finds that genuine issues of material fact exist as to whether Humana is alternatively liable for its knowledge of overpayments and its failure to return the overpayments to the government.

Posted by MRA Alerts and Updates at 10:32 AM No comments: