Humana’s collaboration with Amgen will focus on the enormous amounts of health claims data that Humana collects on its roughly 9 million customers. While details about the research are still being finalized, the insurer hopes to analyze the data to detect health problems earlier and intervene before they become more serious — and costly to the patient, the hospital and the insurer.

The companies also plan to combine real-world evidence with data from wearable tech and apps or even Bluetooth-enabled drug delivery devices to target serious conditions such as cardiovascular disease, osteoporosis, neurologic disorders, inflammatory diseases and cancer.

While Humana and Amgen have worked together before, the new partnership marks the first research collaboration.

“Overall, there is a trend towards using data and learning from data to optimize care,” Happe said.
Businesses and governments hope the ability to analyze big sets of health care data will allow them to improve care and reduce waste, fraud and costs — but the sheer amount of data that is available and being collected also presents significant challenges.

In a recent report by Stanford Medicine, Dr. Lloyd Minor, dean of the Stanford School of Medicine, said the health care industry’s increasing connectivity and complexity “poses both an opportunity and a challenge.”

“By leveraging big data, we can create a vision of health care that is more preventive, predictive and precise,” he said. 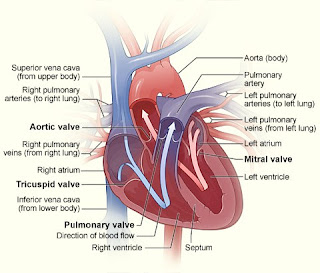 California-based data analytics company MapR recently said that data analysis can help health care providers with early detection of serious health conditions, such as congestive heart failure.
CHF “accounts for the most health care spending. The earlier it is diagnosed, the better it can be treated, avoiding expensive complications, but early manifestations can be easily missed by physicians,” the company said. “A machine learning example from Georgia Tech demonstrated that machine learning algorithms could look at many more factors in patients’ charts than doctors, and by adding additional features, there was a substantial increase in the ability of the model to distinguish people who have CHF from people who don’t.”

Happe said that when CHF is undetected or uncontrolled, patients can end up with fluid retention, which can become life-threatening.

Humana and Amgen will sift through data to figure out how to detect the condition earlier and prevent bad outcomes. Healthier patients will mean fewer doctor and hospital visits, which will mean lower costs to health care providers and payers, including the patient and Humana.

Amgen, based in Thousand Oaks, Calif., conducts research and develops therapies for illnesses, primarily in six areas: cardiovascular disease, oncology, bone health, neuroscience, nephrology and inflammation. Its products include Enbrel, which treats arthritis; Neulasta, which stimulates white blood cell growth and is used often for chemotherapy patients; and Sensipar, which prevents bone disease. The company employs about 20,000 in 100 countries and last year generated revenue of about $23 billion.

Posted by MRA Alerts and Updates at 3:53 AM